University website: www.p.lodz.pl/en
Engineering
Engineering is the creative application of science, mathematical methods, and empirical evidence to the innovation, design, construction, operation and maintenance of structures, machines, materials, devices, systems, processes, and organizations. The discipline of engineering encompasses a broad range of more specialized fields of engineering, each with a more specific emphasis on particular areas of applied mathematics, applied science, and types of application. See glossary of engineering.
Wikipedia
Mechanical
Mechanical may refer to:
Wikipedia
Mechanical Engineering
Mechanical engineering is the discipline that applies engineering, physics, engineering mathematics, and materials science principles to design, analyze, manufacture, and maintain mechanical systems. It is one of the oldest and broadest of the engineering disciplines.
Wikipedia
Mechanical Engineering
The work before us is a proof that the doctrine of mechanics is of the utmost importance to mankind in general, and to civil society in particular, which could hardly subsist without it.
The author of this work is Mr. W. Emerson who is well known in the literary world, from several ingenious writings with which he has obliged the public; some of which have passed under our consideration since the commencement of the Review. In this treatise Mr. Emerson has laid down the fundamental principles both of theory and practice, and demonstrated most of them from the common elementary geometry, and the rest from the common rules of algebra; which is certainly the best method of rendering a treatise of this kind useful to the generality of readers, the fluxionary calculus being too difficult for them to understand.
The work is divided into thirteen sections: the 1st. contains the general laws of motion. 2. The laws of gravity, the descent of heavy bodies, and the motion of projectiles. 3. The properties of the mechanical powers; the balance, the leaver, the wheel, the pulley, the screw, and the wedge. 4. The descent of bodies upon inclined planes, and in curve surfaces; and the motion of pendulums. 5. The center of gravity, and its properties. 6. The centers of percussion, oscillation, and gyration. 7. The quantity and direction of the pressure of beams of timber, by their weight; and the forces necessary to sustain them. 8. The strength of beams of timber in all positions; and their stress by any weight acting upon them, or by any forces applied to them. 9. The properties of fluids, the principles of hydrostatics, hydraulics, and pneumatics, 10. The resistance of fluids, their forces and actions upon bodies; the motions of ships, and the positions of their fails. 11. Methods of communicating, directing, and regulating any motion in the practice of mechanics. 12. The powers and properties of compound engines; of forces acting within the machines; and concerning friction. 13. The description of compound machines or engines, and the methods of computing their powers or forces; with some account as the advantages or disadvantages of their construction.
Ralph Griffiths, ‎George Edward Griffiths (1754) The Monthly Review. Vol 11. p. 490-491
Wikiquote
Engineering
Only among those who were engaged in a particular activity did their language remain unchanged; so, for in­stance, there was one for all the architects, one for all the carriers of stones, one for all the stone-breakers, and so on for all the different opera­tions. As many as were the types of work involved in the enterprise, so many were the languages by which the human race was fragmented; and the more skill required for the type of work, the more rudimentary and barbaric the language they now spoke. But the holy tongue remained to those who had neither joined in the project nor praised it, but instead, thoroughly disdaining it, had made fun of the builders' stupidity.
Dante Alighieri, De vulgari eloquentia, Chapter VII
Wikiquote
Mechanical Engineering
The field of mechanical engineering is frankly as old as human life itself. Fire, the wheel, the printing press, and many of the life- changing discoveries and inventions of the past few centuries are simply applications of mechanical engineering in order to solve everyday problems.
‎Dr. Vook Ph.D and Charles River Editors (2011) Mechanical Engineering 101: The TextVook
Wikiquote 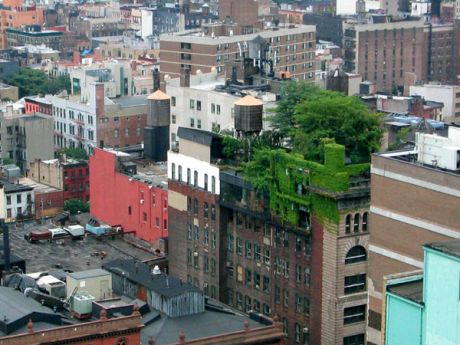